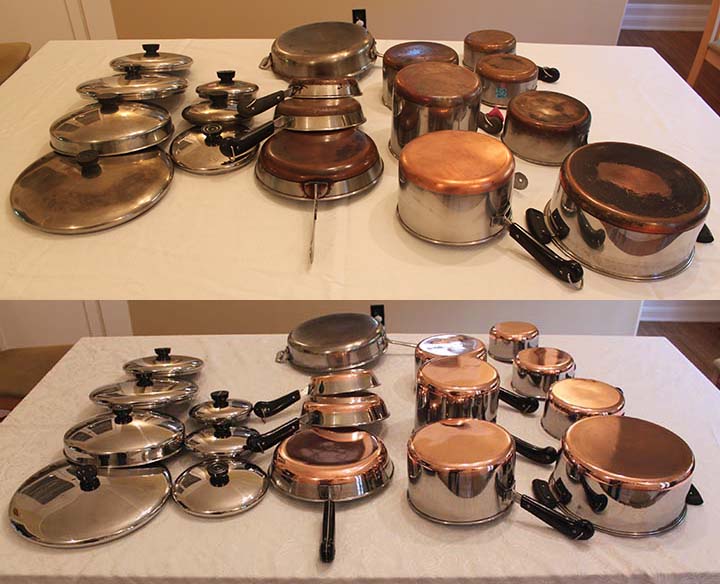 Unfortunately, they attributed the photo to revereware.com, not reverewarePARTS.com.  Sigh, so close.

Here is one of my favorite vintage Revere Ware items, the percolator. 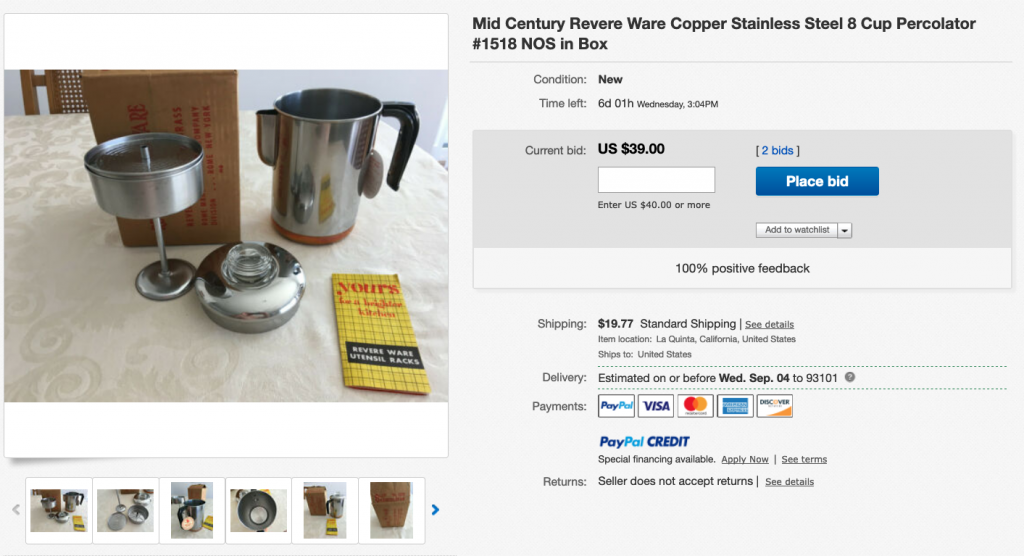 is new in box and in perfect condition.

0
By RevereWareParts on August 14, 2019 in Sales tax, Small business 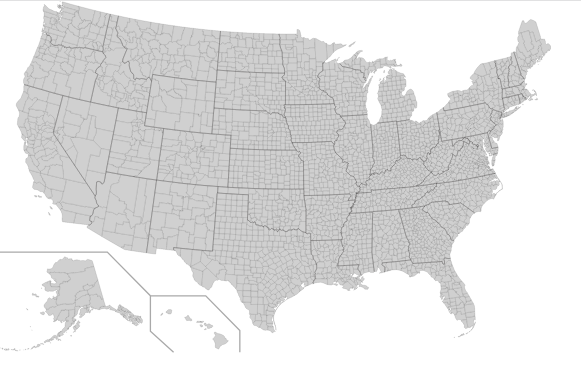 If you read our blog, you know that the sales tax landscape changed dramatically in 2018 due to the Wayfair v South Dakota ruling.  Earlier this year, with no legislative mitigation on the horizon, we started thinking of this as a potential show stopper for businesses like ours; the complexity of filing hundreds or thousands of sales tax returns could easily make a business like ours not feasible.

Last month, we saw some progress as Colorado passed a law that transferred tax responsibility to third party marketplaces like Amazon.com, for independent sellers that use them.

We’ve seen some additional movement on this issue, some good, some bad.

From a recent article in the Wall Street Journal:

But states have since enacted disparate rules, which as we warned are straining small business. As a case in point, the Kansas Department of Revenue will now require all out-of-state retailers to collect sales tax no matter how much business they do in the state. This includes college students selling used textbooks on eBay and retirees hawking a few hand-made greeting cards on Etsy .

While the lack of a small-business exception can be attributed to partisan politics, this still leaves small businesses like ours exposed to harassment.

While most states have adopted South Dakota’s $100,000 small-business exception, they haven’t adjusted the sales threshold to their population size. This isn’t surprising since the Court didn’t demand it, and most construed South Dakota’s thresholds as a safe harbor.

But a $100,000 sales exemption in South Dakota with a population of 880,000 would be equivalent to more than $1 million in larger states like Illinois, Michigan and Pennsylvania. In California it would be roughly $4.5 million, nearly 10 times higher than the $500,000 exemption the state has set. A small vintner or craftsman could easily exceed these thresholds.

This makes a very good point that I haven’t seen discussed yet.  The $100,000 / 200 transaction threshold seems to have been adopted across the board.  For a business like ours whose average sale price is low, 200 transactions amounts to about $2,500 in sales.

Some states like Arkansas, Colorado and Illinois exclude “marketplace” sales on sites like Amazon and eBay from their thresholds for individual sellers, but many do not. And some states require marketplaces to collect sales tax for third-party retailers. The upshot is that a retailer who sells on eBay, Shopify and Amazon will exceed different state thresholds at different times.

What a mess!  A small business like ours is responsible for being aware of all the rules; we don’t get an exception for ignorance.  For example, California’s approach:

Consider California, which in June required Amazon third-party merchants to pay up to three years of back taxes. Democrats claimed they were being gracious by not requiring more.

On the more positive side, we got an email from Amazon.com recently, the first that actually provides some useful information about their sales tax system and practices.

It’s a good start, but, it is only 23 out of 50 states, which means we are still responsible for the other 27 states.

While about 2/3 of our sales go through Amazon now, retaining a sales channel independent of any 3rd party merchant is important for independence, and the off-chance that they arbitrarily decide to suspend our account.   The danger is that if marketplaces like Amazon.com take responsibility for collecting sales tax and filing returns, while the states don’t figure out a streamlined system for independent merchants, it could further tip the scales away from independent sellers and give more power to sellers like Amazon.com, some that few would argue is a desirable outcome.

I hope the states and federal government get off their collective duff and create a solution to this problem soon.

This listing for Revere Ware branded aluminum foil reminds us that there was a time when the Revere Ware brand was strong enough to sell a product for which quality isn’t so much a differentiator; when is the last time you thought about the brand of aluminum foil you purchased and worried about getting an inferior quality product? 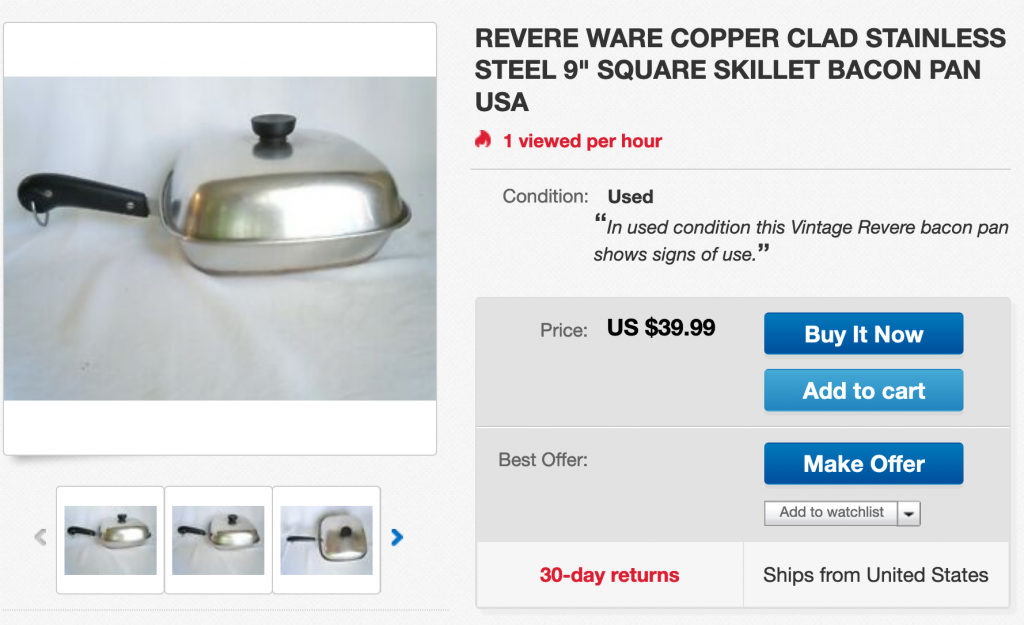 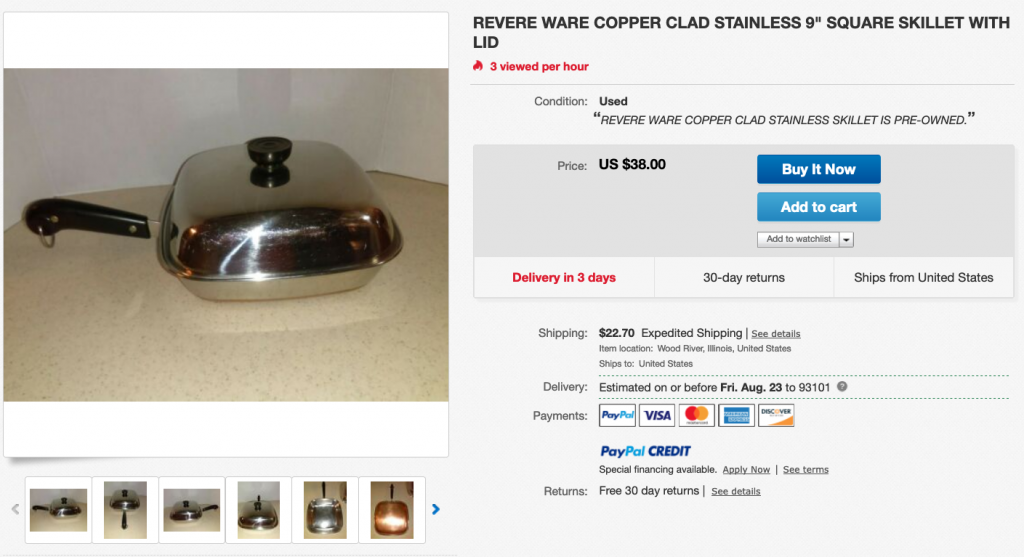 0
By RevereWareParts on August 3, 2019 in Trends & statistics

Every once-in-a-while I like to play around with Google Trends and see what it can tell me about Revere Ware interest.  Here is the interest in the search term “revere ware” since 2004 (the earliest they offer).

So what can we glean from this?

First, clearly Revere Ware is a dying brand.  Interest now is about 1/4 of what it was in 2004.  But if you look at the last 5 years or so, you can see that the interest in Revere Ware has leveled off and isn’t really declining much anymore. My guess is that the historical original day-to-day Revere Ware users are being replaced now by the nostalgic users and vintage buffs.  For example, I didn’t think much about Revere Ware before about the mid-2000’s, and here I am now, neck deep in it.

The second thing is that the search trends very clearly show what we’ve seen for years in terms of our cyclical sales; people are much more interested in Revere Ware around the holidays.

If we include Google Shopping results only, we can clearly see the death of new Revere Ware sales after Corelle abandoned the brand.

If we look at just images searches, we can see it is increasing slightly over time.

This supports the nostalgic interest theory; more people are posting images of Revere Ware to Instagram, etc.  If we compare the level of interest in Revere Ware searches with searches for the term “vintage cookware”:

And indeed, interest in the term vintage cookware is slightly increasing over time.

That’s all for now.