By RevereWareParts on October 19, 2021 in Shipping

Single piece first class mail traveling within the same region will still have a delivery time of two days.

This affects only letters and flats, not packages.  They are apparently still holding the standards the same for First Class Packages (2-3 days).   I don’t think those standard are anything close to the reality.  In our recent shipping time review, we found that even within the same region we ship from (west coast) still took an average of 3 1/2 days, not the two they claim, and cross country packages took 4-5 days on average.

Price hikes: They’ll be in place until at least Dec 26. And it could cost anywhere from 25 cents to $5 more to ship packages depending on the service. But don’t expect costs to go down much in the New Year: the agency plans to adjust prices twice a year, in January and July.

Since our shipping cost calculator queries the USPS system in real time, orders will reflect any price increase by the USPS.

Over the holiday season, postal performance sank: 71 percent on-time delivery for two-day mail and 38 percent for three-day mail during the last week of December.

Like we said, order items for the holidays very early this year. 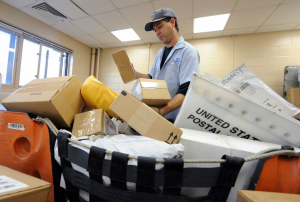 We recently wrote about the current state of USPS shipping (which is how most of our orders are shipped as it is the lowest cost for packages of the size we ship).

An article in the Wall Street Journal today presents the official ship-by-dates as release by the USPS, UPS, and Fedex, for packages to arrive by December 24th, in time for Christmas.

The U.S. Postal Service is recommending domestic mail for destinations in the contiguous U.S. be sent by Dec. 15 for those using its ground service. The recommended date is Dec. 17 for first-class mail, Dec. 18 for priority mail, and Dec. 23 for priority mail express.

If this holds true, it will present a much better picture than last year, where many of our shipments shipped in early December took 2 weeks or more (some took 4 weeks) to arrive.  But I remain skeptical given the general disarray that is all things supply chain, are this year.

My advice, order by late November to insure delivery by Christmas, just to be sure.