By RevereWareParts on November 20, 2020 in Ebay

This definitely won’t last – a pristine vintage era bale handled pot at a price that just can’t be beat. 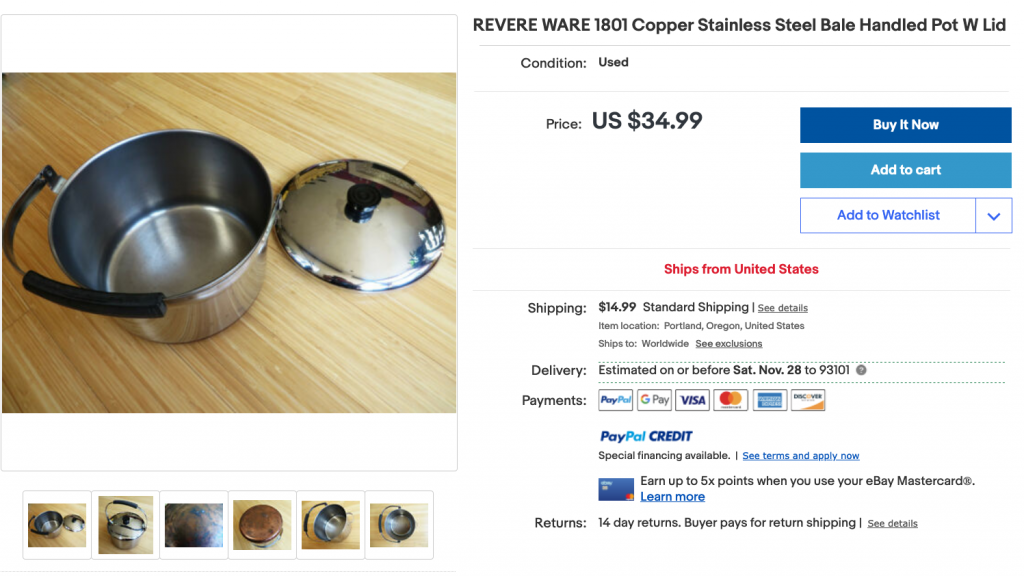 0
By RevereWareParts on November 2, 2020 in History

Reader Richard contacted us to identify an item. 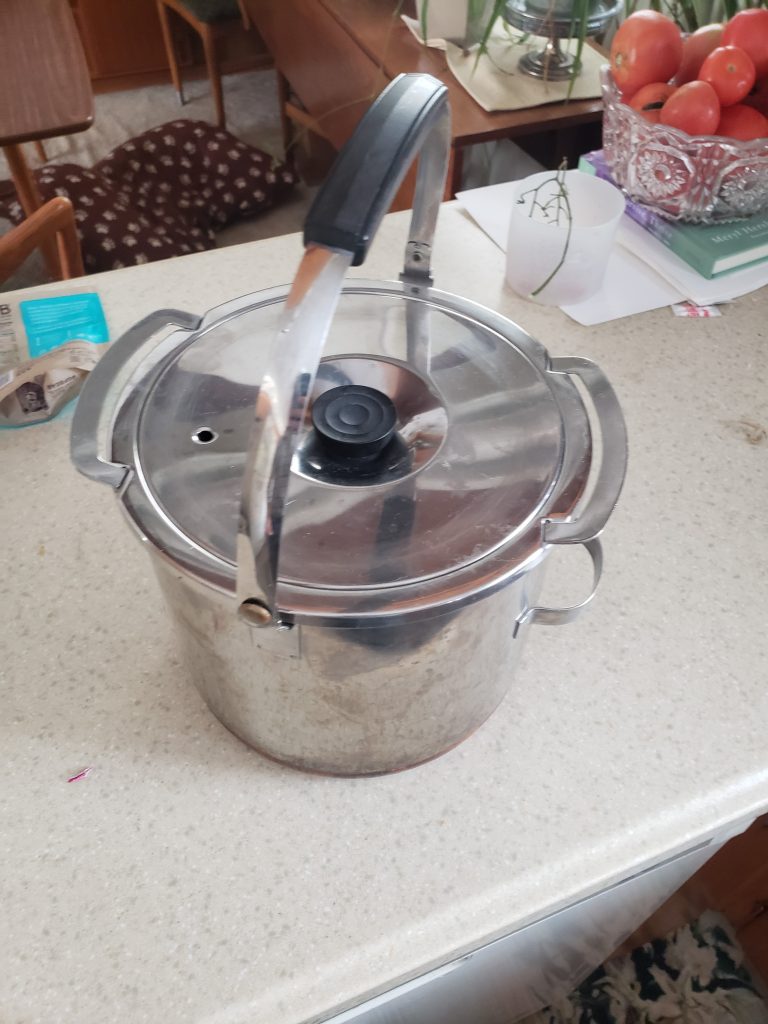 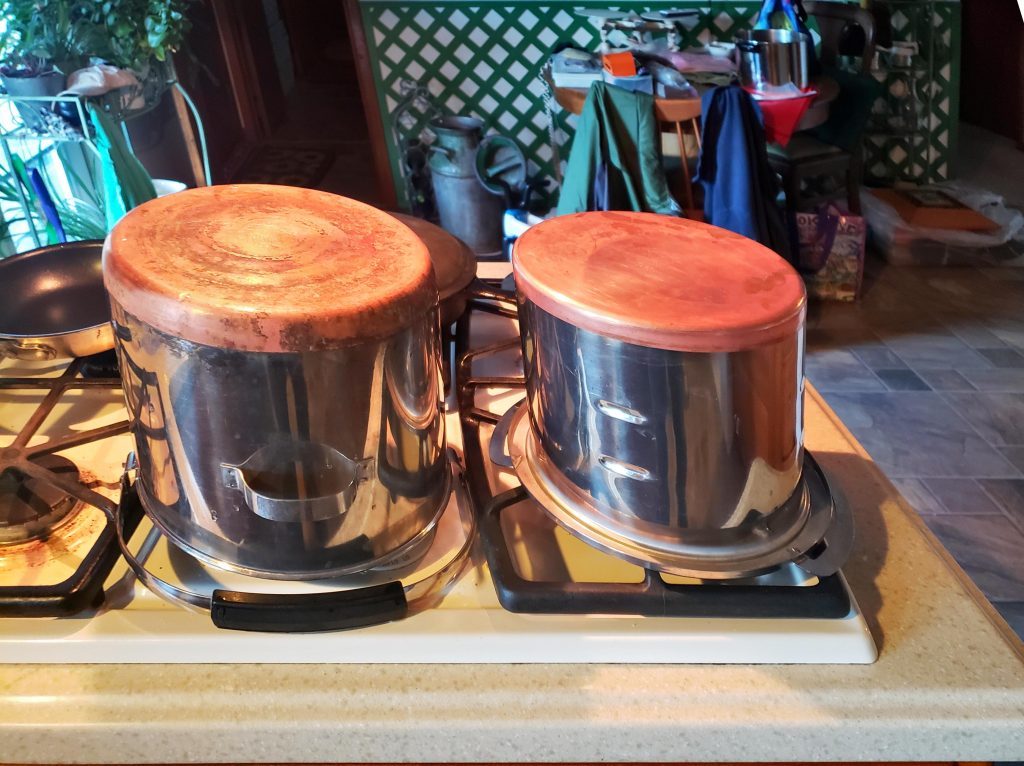 A few years ago someone else asked us to identify a similar item and we were able to determine it is a Revere ware deep well cooker.  Here are a couple of references to it in various Revere Ware publications. 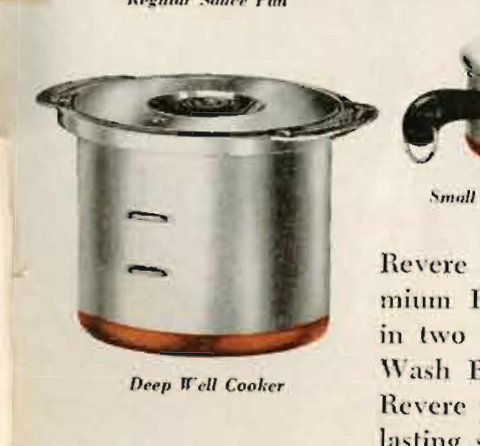 The deep well cooker dates back to somewhere in the early 1940’s.  How exactly it is used isn’t entirely clear.  Richards appears to fit quite nicely inside his bale handle pot, which make me think you would use it like a double boiler of sorts such that the heat applied to the bottom via the stove would spread out and cook from the bottom and the sides.  However, our own photo guide (assembled by a gentleman who is sadly no longer with us to clarify) states:

Deep Well Cookers (used in special stove-top “heat pits”) were common in 1930’s kitchens. However, post-war changes in cooking habits, stoves with smaller cook tops, and sealed ovens made them obsolete. Both items were discontinued by the early 1950’s.

Here is an example of such a stove setup: 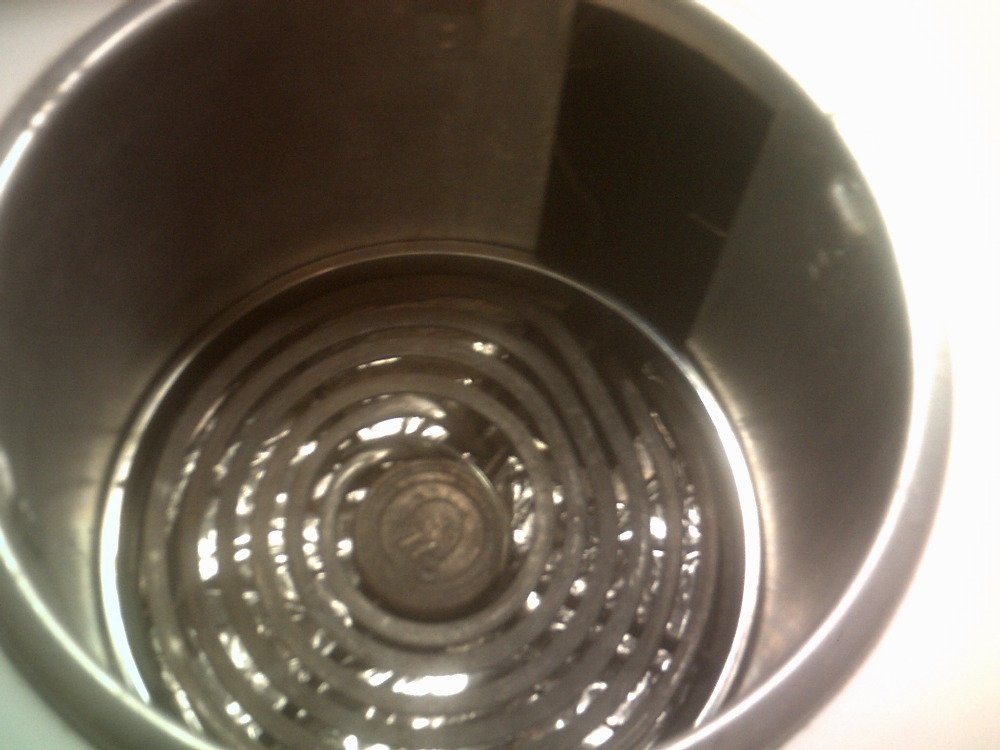 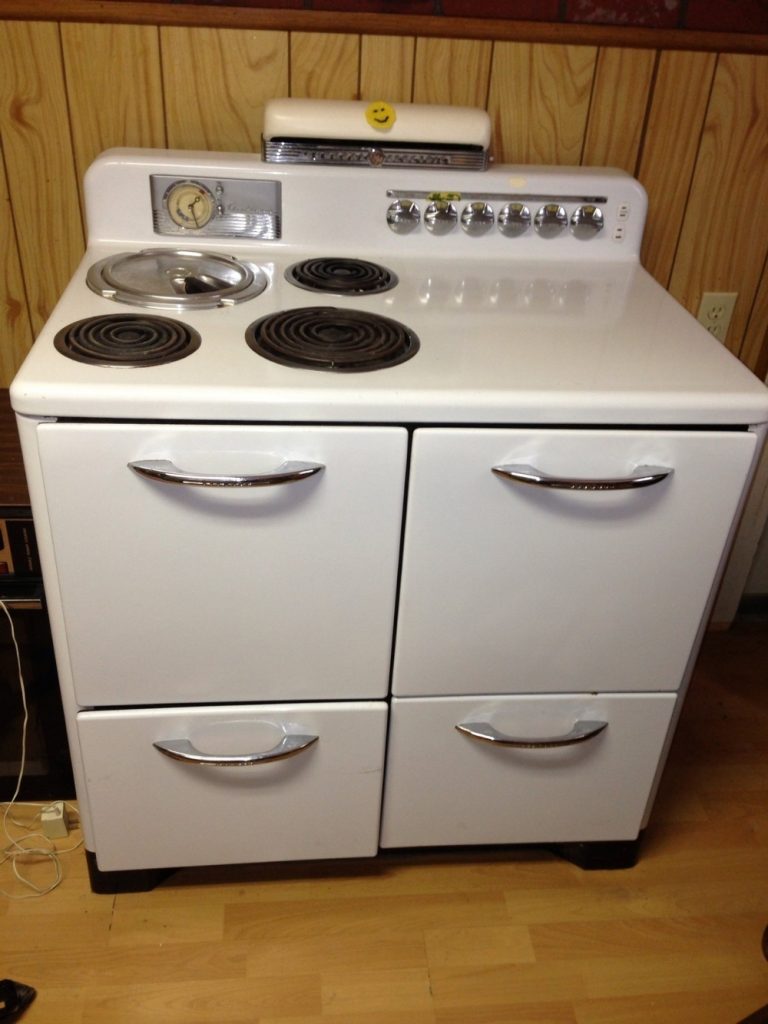 Apparently these deep wells had heavily insulated sides that I’m guessing would cause the heat to surround the pot and cook from the sides as well as the bottom. Additionally, some of them had control knobs would allow for a timed period of high heat after which the control would automatically switch to low for a long simmer.

From all the discussions I found related to deep well cookers, it seems pretty clear that they were generally used in these stoves with a deep well.  But seeing Richards’s deep well insert inside the bale handle pot makes me wonder if the double-boiler type setup might provide much the same effect. And the way the bale handle attaches to the pot, such that it flares out which just-so-happens to create the perfect amount of clearance for the deep well insert, really makes me wonder if this wasn’t an intentional use. 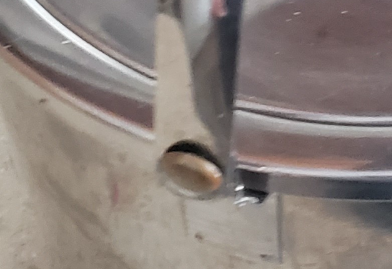 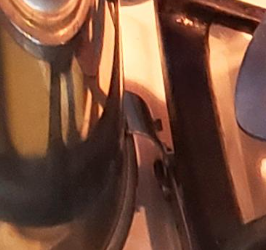 I’d love to pick one up someday and try it out.  My wife used a vintage (avocado green) crock pot for many years and now is in love with her Instant Pot.  If the water bath works, adding this to our kitchen would great.