We’ve been adding new parts fast and furiously here and the latest addition to our inventory are gaskets for the 1970’s era Revere Ware 1574 and 1576 pressure cookers, which we’ve received quite a few requests for. 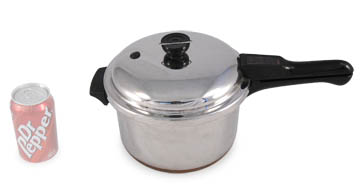 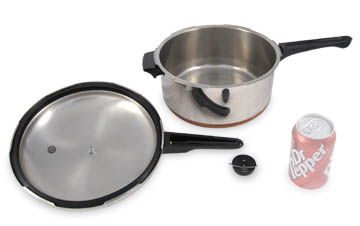 As a child I can clearly recall my mom using the familiar copper bottom cookware and I have high hopes that my daughter will be able to get as much use and enjoyment out of a nice Revere Ware set as I do.  She’ll probably get a set when she goes away for college. 🙂

That exactly why we started making parts and providing manuals and information, so that future generations can continue to use the great old cookware. 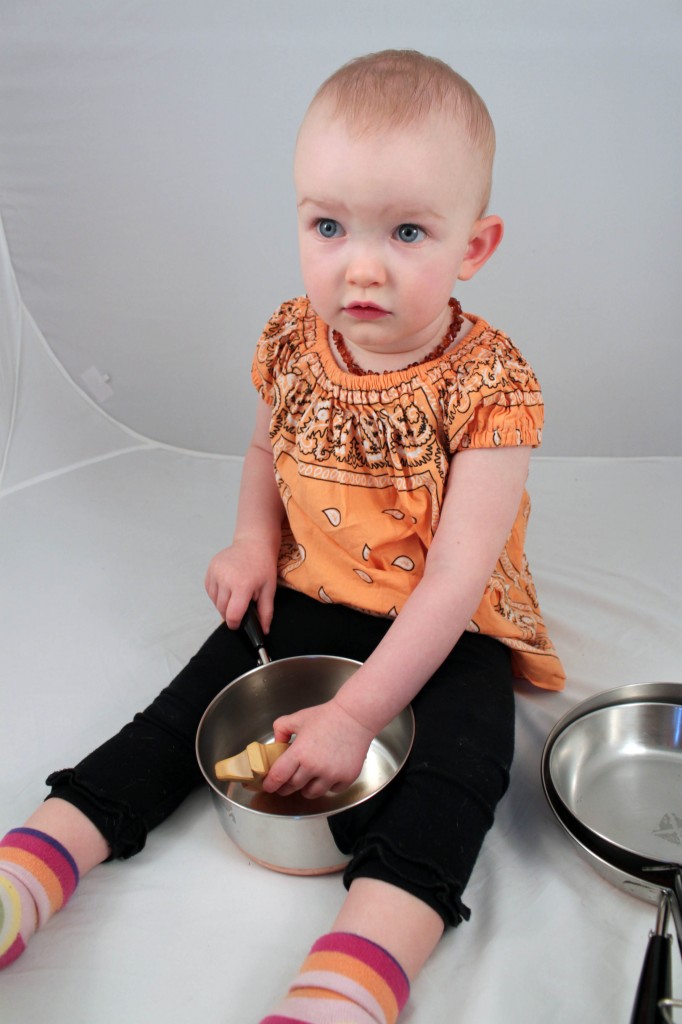 We’ve been hard at work developing new replacement parts and the latest addition to our catalog is the small-sized handle for the older 2-screw vintage era pots and pans.

We started this business to help people (including us) get more use and enjoyment out of their Revere Ware cookware.  In addition to selling parts, we’ve made a point to try and collect as much vintage information, such as product manuals, and make it available for people.

But we also help out in another way, which is in answering any and all questions people send us, regardless of whether it has anything to do with our actual business.

To make these questions and answers available to a wider audience, and possibly keep us from answering the same questions over and over again, we’ve added a FAQ section (Frequently Asked Questions) to our website and will continue to add questions answers as they come up, such as where to find Revere Ware resources, fixes for common problems, where to find certain parts, and where to get Revere Ware warranty replacement.

That last question has been a bit perplexing for us, as, despite prominent statements on our home page, on our support page, our contact page, and several posts in our blog that we are not the company that makes the cookware and do not provide warranty support, people continue to ignore all that and contact us for warranty replacement for their Revere Ware cookware.

I came across a question recently about overheated Revere Ware:

The gray stain was caused by heating the pan for over 5 minutes after the boiling water in it was boiled away because I was momentarily (5+ minutes) distracted away from the cooking range.

Is there a method and a special compound/solution which I can use to restore the appearance to its nearly new shine instead of the dull gray look? Is the pan still usable in its present state? Will there be release of any metallic toxins because of the overheating of the pan in its dry state?

I’ve also had people contact me directly with the same problem and concerns about any ill health effects.

To answer her last question first, it is worth noting that it is unlikely that anything related to the stainless steel will cause health problems.  I have friends that are nervous about stainless steel because it has chromium in it, but the type of chromium used in stainless steel, chromium III, which provides the corrosion and discoloration resistance stainless steel is known for, is completely unlike the very deadly hexavalent chromium made famous by the film Erin Brockovich.  In fact, chromium III is required by the body in trace amounts for proper digestion of sugars and fats.

In terms of the health of the cookware, it is always a bad idea to heat a pan without anything in it for an extended period of time, because this will likely warp the bottom of the pan, effectively ruining it.

To determine an effective repair for any discoloration, I set out to duplicate the problem.

Heating the pan without anything in it for a good 15 minutes didn’t cause any discoloration at all, but it had a pretty harsh affect on the copper bottom. 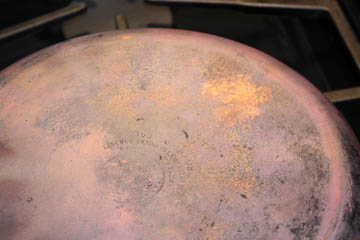 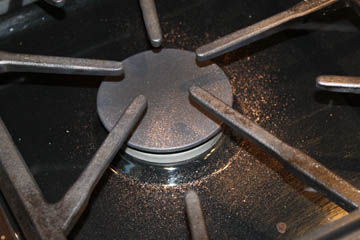 The extreme heat caused little pieces of the copper bottom to flake off and made the bottom rough to the touch.

Next I tried the experiment with some water in the pan, let the water boil off and heat for a good 10 minutes after the water was gone. 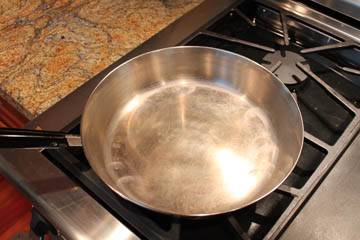 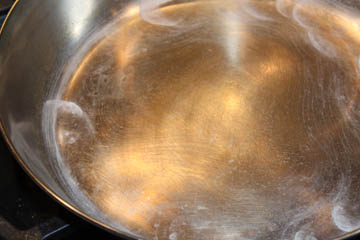 This time there were burned on hard water stains and some iridescent discoloration.  As we don’t have particularly hard water where I live, I suspect this would be much worse where there was very hard water, and probably the cause of the discoloration in question.  I have gotten pans in such shape from thrift stores and the solution below also did wonders on them. 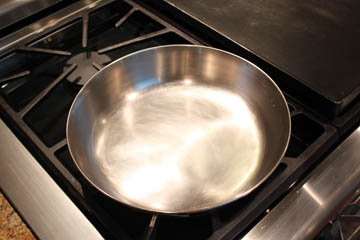 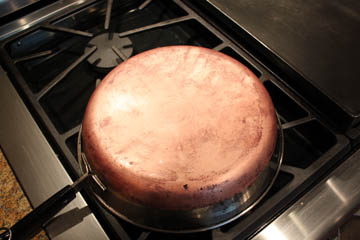 There is one more danger to overheating pans; the Bakelite handles can break down at high enough temperatures.  This particular test resulted in some slight breaking down of the Bakelite material where it touched the metal. 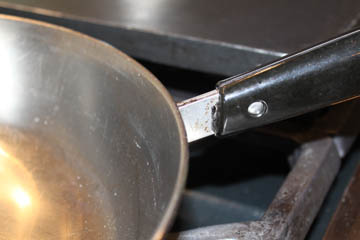