Revere Ware Parts :: Small business :: The economics of big boxes and small items
By RevereWareParts on October 26, 2018 in Small business

Years ago, the little rubber feet on my Dell computer fell off, and I got the company to send me a set of replacements.

When they arrived, I was struck by the inefficiency of what I was looking at, a small item in a box that was about 1,000 times too big for it.  How inefficient, I thought, and what a great example of our wasteful society.  It looked similar to this, but worse. 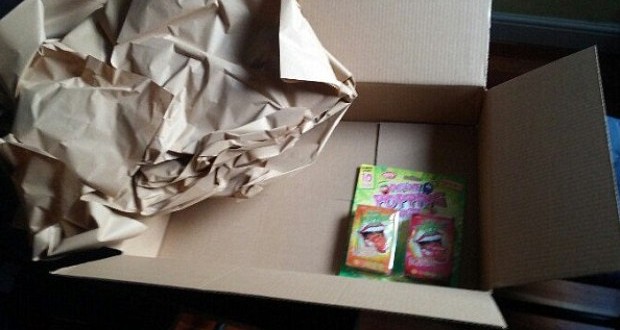 Perhaps 5 years later I took a crack at optimizing the supply chain for boxes for my day job.  We had about 1,500 part numbers and did a poor job at keeping some 120 different box part numbers in stock to ship them.

Part of our problem was that we had no stocking program for boxes, they basically rush ordered them when they went to get one and we were out.

The other part of the problem was that we had far too many boxes, some of which we rarely used.  This took up quite a bit of warehouse space, captured unnecessary working capital tied up in inventory, and made it harder for the shipping & receiving personnel to find the correct box.

I started by going through the drawings for all 1,500 parts and capturing the outside dimensions.  Then I captured the number of  each part number we sold per year in the last few years. With that as my input data set, combined with a current list of boxes we had had ordered any of in the last several years, I wrote a software program that progressively tried out different combinations of boxes to both minimize how many we needed and the space wasted, giving priority to the most frequently shipped parts (meaning, we should have boxes that fit them the best.

The result was that I was able to go from 120 box part numbers down to 45, a much more manageable number.

While this might seem a waste, overall, we probably wasted much less cardboard because the majority of items we shipped were in boxes that were the correct size.

So, the answer to why sometimes you get an item in a box that is WAY too big is that. overall, it leads to better resource and cost efficiency if in some cases you are willing to be inefficient.

View all posts by RevereWareParts →
Instant Pot? Yea, Revere Ware had that in the 80’s
Another attempt at 3D printing parts (it worked this time)