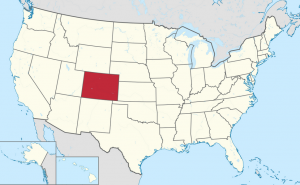 According to the Denver Post, Colorado’s particularly strict law on sales across tax jurisdictions is having a negative effect on eCommerce.

Colorado’s law can be described thus:

That means regardless of where a business is located, if it ships products to another city, county or town in Colorado, it is required to calculate, collect and pay the sales taxes for that jurisdiction. That includes accounting for overlapping boundaries and special taxing districts such as RTD.

Here is one example of what such a thing looks like to a small business:

In April, Hessemer sold a sample-sized product into the self-collecting home-rule town of Winter Park. The sale earned her $1.60 in profit. She owed $1.38 in taxes, but was told she needed to purchase a $60 business license to pay that. Instead, she plans to stop selling in Winter Park, something she considers a loss for her and for eco-conscious customers there.

As I mentioned in our last updates on this topic (here and here), while the solution seems to be set for businesses that sell through third party marketplaces, like eBay and Amazon.com, which now collect sales tax on behalf of their sellers. But the outlook is still ominous for sellers that sell through their own websites, like us.  Like us, many businesses may sell through Amazon.com but are unwilling to put all their eggs in one basket, as Amazon.com has been known to ban sellers or compete with them on a whim.

Colorado isn’t the only state that is making it hard for small businesses.  Kansas seems to stand alone at the moment in having no economic nexus for online sales into the state, meaning, the first dollar you sell into the state requires that you collect sales tax and submit a tax return.  Most other states that have passed legislation requiring online sellers to collect sales tax at least exempt the first $100,000 or more (or a given number of transactions), meaning, you have to sell at least that much before you are required to collect sales tax.

We are still hoping for some kind of a national solution to this problem.  But alas, no further progress on that to date.

View all posts by RevereWareParts →
Revere Ware parts … in Spanish? Or, why not to buy our parts on eBay
Revere Ware find of the week